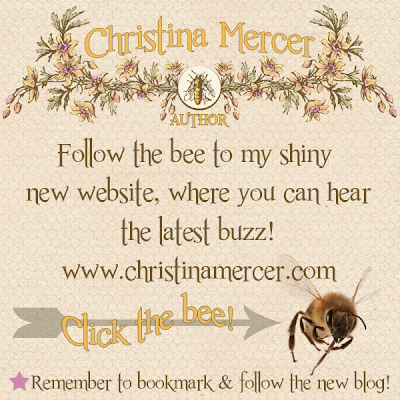 Posted by Christina Mercer at 4:14 PM No comments:

The Next Big Thing...ARROW OF THE MIST

I've been tagged by Chelsea Starling to join with her and some of our fellow Indie-Visible pals, Jordan Rosenfeld, Stephanie Naman, Eros-Alegra Clarke, and Sharisse Coulter  who've published, or will be publishing books this year, to take part in "The Next Big Thing". 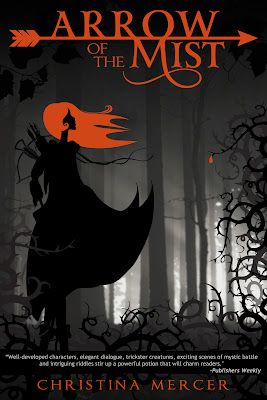 What is the working title of your book?

Where did the idea come from for the book?

The seed-thought for this book took root a little over seven years ago, though elements of the story have lived within me since childhood. It started out as a short story meant for a much younger audience, but kept on growing and developing into the novel for teens it is today. My formal studies in alternative healing and my informal studies in mythology inspired the world and facets of magic woven throughout the story.

What genre does your book fall under?

Which actors would you use to play your characters in a movie rendition?

See all their pics on my Pinterest site HERE

What is the one-sentence synopsis of your book?

Enchanted, barbed roots attack 15-year-old Lia's father and other woodsmen in the Celtic inspired kingdom of Nemetona, impelling Lia to trek into the forbidden land from where the roots originate and seek out the cure.

How long did it take you to write the first draft of your manuscript?

I worked on the novel off and on for three years before I got serious and joined my first critique group. And then the massive rewrites began. Fast forward another year and a half and I entered it into the Amazon Breakout Novel Award contest where it made the semi-finals!

What other books would you compare this story to within your genre?

This is a hard one. The story is set in a sort of "fairy tale" ancient Ireland, and the magic at play draws from both Celtic and Norse mythology. The medieval-fantasy world could perhaps be compared to the worlds of the Ropemaker and Graceling.

Who or what inspired you to write this book?

A lifetime love for all things fantasy, a passion to write, an inner child that won't quit daydreaming, a solid belief in unicorns, and the magic my sons bring to my life each and every day.

What else about your book might pique the reader's interest?

In addition to a few ever-cool tropes us fantasy nerds are familiar with, my story delves into Celtic tree lore in a way I've not yet seen done. The pages are steeped in ancient tree magic and herb crafts. Lia's journey actually parallels the Old Irish Ogham alphabet where each letter pertains to a tree, starting with the Birch or Beth which signifies the beginning of a quest and ending with the Yew or Idho which denotes death and rebirth.

Who have you tagged?